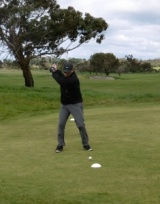 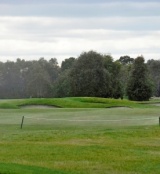 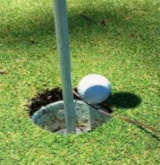 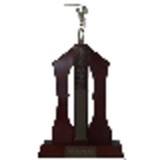 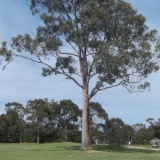 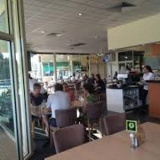 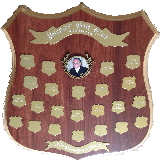 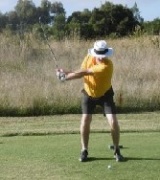 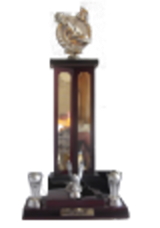 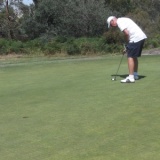 Captain Harold welcomed us to Southern Golf Club and the stableford competition for the Alf Jones Trophy. He asked all present to thank the club for the use of their facilities, and their generous donation of our main raffle prize. The weather outlook was anything but promising, with very strong winds creating havoc inclusive of a buggy and clubs being given swimming lessons and other buggies blowing over or running away from their owners. The conditions clearly suited our higher handicapped players with only the last 2 of the winner and balls-down-the-line players having handicaps below 30.  The course was in very good condition although the recent wet weather detracted from the playability of the bunkers.

Our starters Alan Baker, Reg Davey, Phillip Horsburgh and Jeff Stevens did a great job in getting us going, but they were hampered by late arrivals. When we play a shotgun start members need to be at the course to register 30 minutes before hitoff. This allows 15 minutes to confirm the playing groups and 15 minutes to walk/ride to the starting holes.

We had a good turnout today, with 59 players involved in the competition. There were 5 guests today including for the first time in memory two ladies, Tessa Killmister and Faye Quennell. Tessa and Faye have taken membership application forms and will become very welcome members of the club
Warren Stahel set what must be a club record by inviting three guests: John Newby, Ross Wilson & Graeme Hallam. All three have joined the club.

There were 8 apologies this month

Our next golfing event will be the Ambrose at Eagle Ridge for which you must pay in advance.  This is followed by the stableford competition at Keysborough, on Monday 13st August at 8am for the Alf Jones trophy.  Be there by 7:30am.

These will be reported next month as they are currently unavailable;

Our web creation software is still giving problems and Laurie is not getting any support from our software provider. The website itself is unaffected by this, but till the issue is resolved draft versions of web pages will have to be proof-read on the website.

George received a $40 House of Golf voucher for this effort.

Tess Killmister celebrated a good day at Southern by winning the door prize of a round for 4 at Southern.

Balls down the line

Congratulations and best wishes to our members whose birthday falls in July.

Sister Mary Ann, who worked for a home health agency, was out making her rounds visiting homebound patients when she ran out of petrol.

As luck would have it, a garage was just a block away.

She walked to the station to borrow a petrol. can and buy some petrol. The attendant told her that the only petrol can he owned had been borrowed, but she could wait until it was returned.

Since Sister Mary Ann was on the way to see a patient, she decided not to wait and walked back to her car.

She looked for something in her car that she could fill with petrol. and spotted the bedpan she was taking to the patient.

Always resourceful, Sister Mary Ann carried the bedpan to the station, filled it with petrol. and carried the full bedpan back to her car.

As she was pouring the petrol. into her tank, two Baptists watched from across the street. One of them turned to the other and said,